Loving Wide Open at The End of an Era

So we’re headed to the park for our ritual morning walk, and the sky is big and blue, cloudless. It’s the kind that fills the heart with enough helium to make it burst from happiness. Izzy’s nose and paws are out the car window, sniffing up the sunshine and sage. It’s that simple for her. Look at this. Smell that. Sit on mom’s lap and enjoy the ride. The feel of her snuggled between me and the car door, the softness and warmth of her. The crisp cheery breeze blowing hair and fur, sunbeams kissing our noses. There is gravity in past and future. Bouyancy in the present moment. And right now? We’re both floating. And I realize, this is it. This right here. We get to have these feelings, share these moments, the glory and commoness of it all.

My mind is full of snapshots of other moments like…

Our children today live in an environment that is fundamentally different from that of 50 years ago. In many ways, their world is better. In many ways, they’re healthier than ever before.  Thanks to safe drinking water, wholesome food, decent housing, vaccines, and antibiotics, our children lead longer, healthier lives than the children of any previous generation.  The traditional infectious diseases have largely been eradicated. Infant mortality is greatly reduced. The expected life span of a baby born in the United States is more than two decades longer than that of an infant born in 1900.

Yet, curiously, certain childhood problems are on the increase: asthma is now the leading cause of school absenteeism for children 5 to 17[1]; birth defects are the leading cause of death in early infancy[2]; developmental disorders (ADD, ADHD, autism, dyslexia and mental retardation) are reaching epidemic proportions – 1 in…

I ask the same question…..

Loving Wide Open at The End of an Era

I don’t sleep much anymore, but I dream. A lot. In between checking  on Izzy’s breathing (she sleeps by my head), making sure she has frequent water and gets midnight and 4am potty breaks, my sleep is fitful, but the dreams are plenty. I get what I would call “downloads”: between dreams and before waking, I have messages filter in from some far-reaching part of my self, and they grant me temporary access to a much wiser, much more liberated self than I know consciously. It both delights and irritates me.

These downloads fill me with a sense of peace and wellness. They assure me that everything is connected and that all the upheaval in my life is perfect. Gorgeous. Part of a breath taking tapestry, where I just see an unraveling, fraying mess.

My skin is aging. Hard. Im dried out. My house is selling (Yay!) but with…

I have been doing a lot of sky-watching today.  Many people around my state have been doing the same thing.  While the day began reasonably well, the forecast didn’t bode well, and I elected to stay close to home, just in case……. 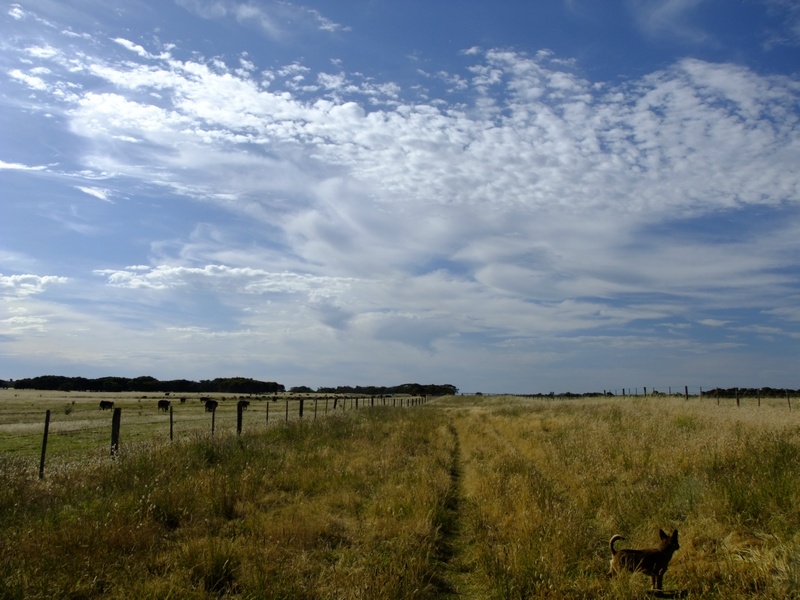 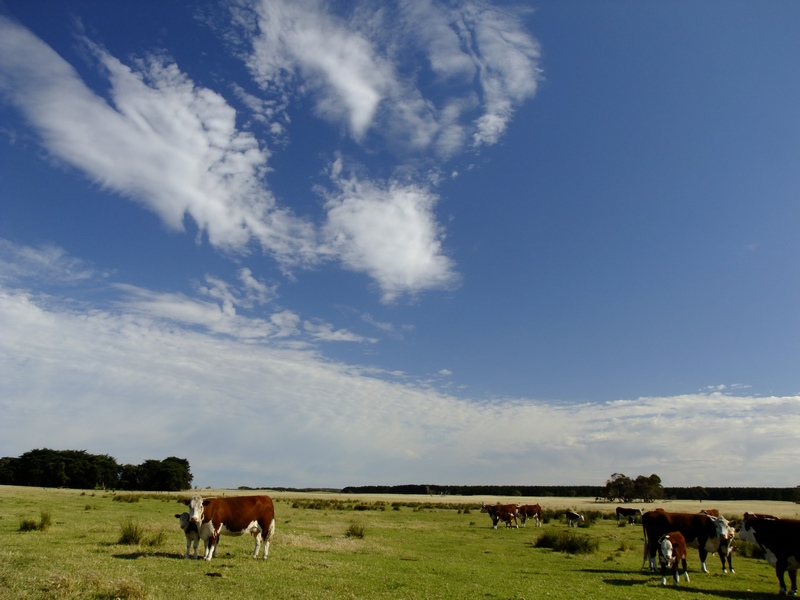 As the day progressed, the wind speed increased, and storms crept across the sky. 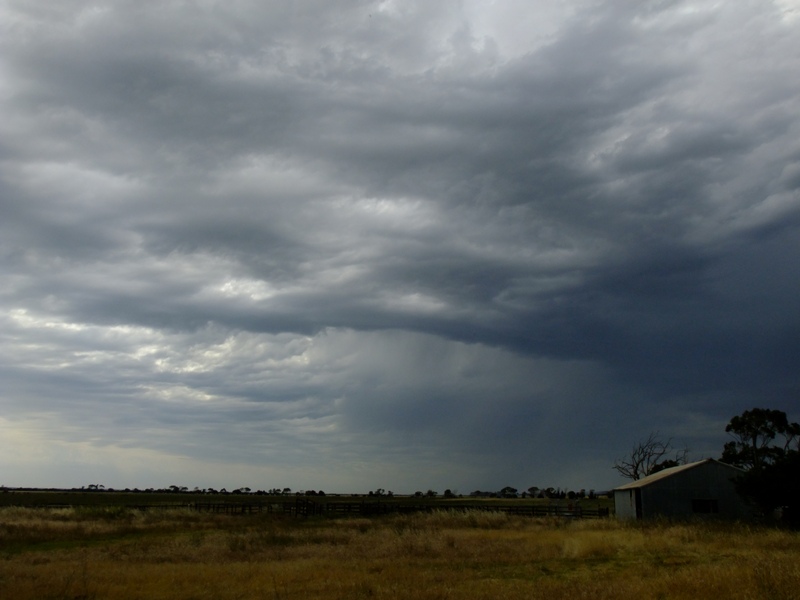 Periodically throughout the day, I walked around taking these images.

Lightning strikes were common and started bushfires across the state, including my region.  My thoughts and prayers are with those who are facing many uncertainties, particularly those in Pt. Lincoln region.  At least I still have electricity, as thousands are without it.  Another storm is forecast…..   fingers crossed there are no more lightning strikes, and rain will put out the current fires. 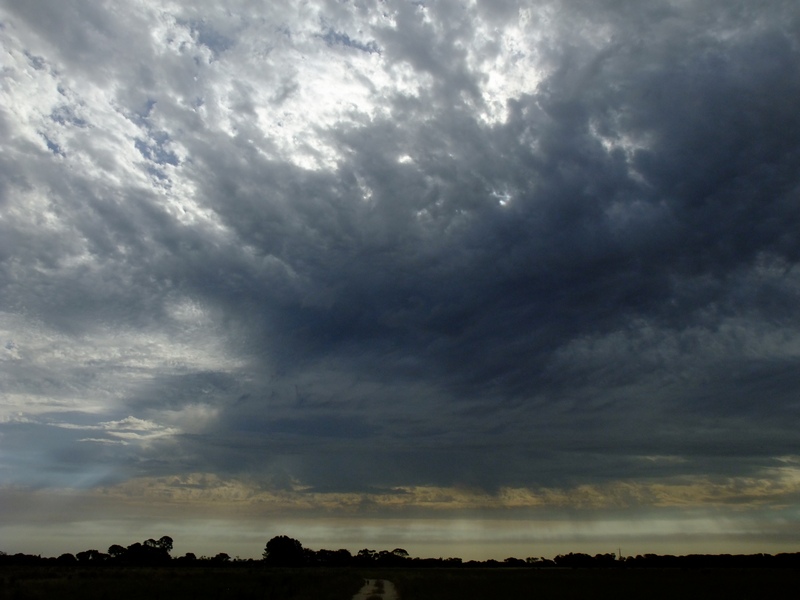 The smoke in the air, gave the colours to the sunset. 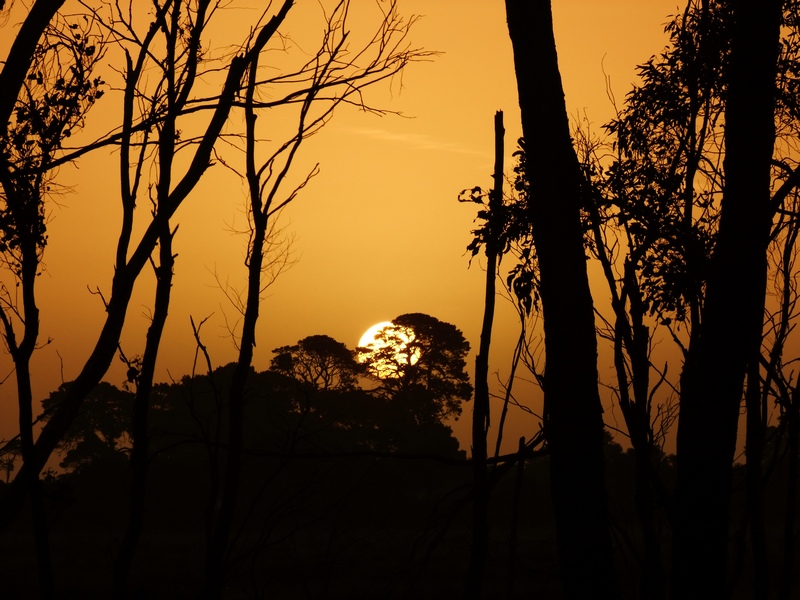 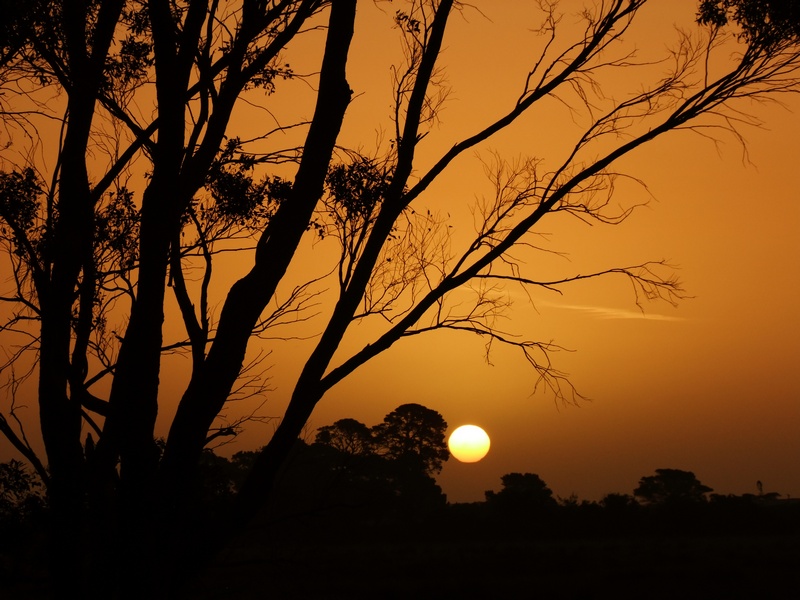 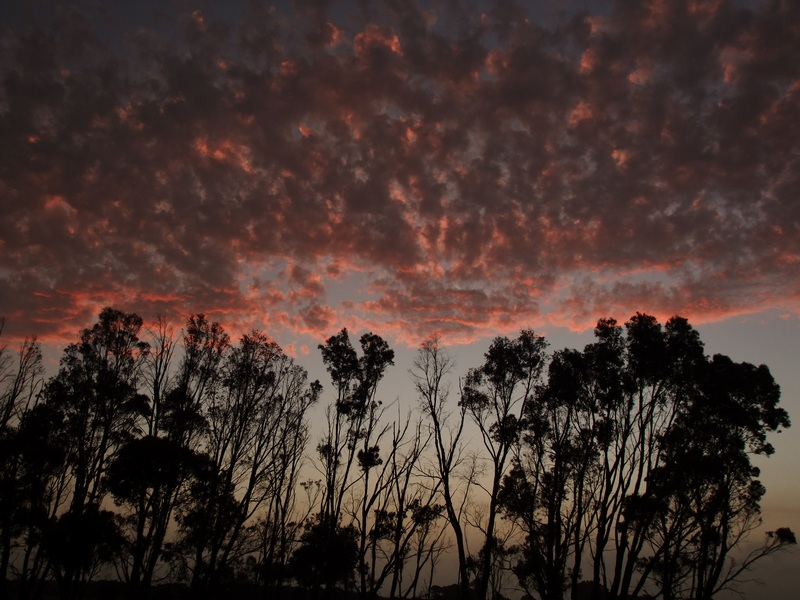 My heart goes out to the wildlife, affected by these fires across the state.  Fauna Rescue is one of the very worthy organisations who provide assistance to injured, sick or orphaned wildlife.  Bless these folk.♥

Read this, and ponder how accurate it is. Then ensure you’re not part of the problem please.

I shouldn’t have
come up over the bluff,
because that’s when
I saw the great expanse
of sky and clouds.

This morning, on my walk,
the face of the red mesa
looked cold,
and then
these extraordinary
fall clouds
beckoned me
to come up into them–

yes, taken up into
the sky.

But in a moment
my eye caught sight
of a coyote
padding along
the valley floor
almost the color
of the dirt and brush
around him,
bringing me back
to reality and hardness.

Stay hidden, coyote,
and step away
from man–
because where he steps
death is all around.

I was looking through my box of photos, you know, the ones I took with my little Brownie, and I found this.  Do you remember how when we were clearing that paddock with Father, Mother found a bird’s nest in the tree, and wouldn’t let Father chop it down?  It was most unlike him to agree, as usually he made sure every native plant was grubbed out, so it wouldn’t interfere with his growing of the precious wheat.  And of course, the Government inspector would visit to ensure he fulfilled the terms of acquiring the land –  removal of all trees or else the land would revert to the Crown.  I always thought that was very silly, for after all, where would the birds live if all the trees were removed?  If there were no birds, the land would be so silent.   I was glad that tree was saved, and all the baby birds survived to fly the nest.

Did you ever think Albert, of how farming could have been done differently?  Did you not like life on the land, is that why you chose to become a man of books?  A wise choice actually.  I know I decided I was never going to marry a farmer, after seeing how hard Mother had to work.  Not only did she work in the paddocks, driving the horses at ploughing time, but she milked the cows ( yes I know you did too when you were old enough) and raised the chickens as well as keeping house.  How well I remember her struggling with the copper and the wrangle, on washday.  Of course, she first had to chop the wood to heat the copper.   One morning, I found her quietly sobbing in the corner, after a willywilly wind had blown the washline pole down, and all the sheets she had so carefully washed, lay crumpled in the dirt.  How disheartening life must have been to her.  I remember her stories of the grand life in England, of the manor house, and the maids her parents had.  Did you know, she didn’t even know how to boil water when she married?  What a shock it must have been to come not only to Australia, but to this isolated part of the country, and start from scratch with so very little money!  I can look back now and admire them very much for their effort, even if I still don’t agree with their methods.  They did the best they could.  And we did have fresh air to breathe, good clean water to drink, and healthy food to eat.  Surely we were truly blessed.

Last night there was a new moon, somewhere in the sky.

Often times I watch the moon and think of all those it shines upon.

Many dark nights, when the stars fill the sky with their own light show and shooting stars leave a momentary arch in the night sky, I make a wish.

In the cold November air of a Sunday night in the west of Ireland, I made a wish, a heartfelt wish, for The Children of Gaza.

It was quite a simple wish too.

There was nothing of Christmas, Santa or presents galore.

Nothing to do with Disney, or mince pies, or turkey.

It was simply this…

That somewhere here in the western world, there will be one human being, one hero, one person of compassion and integrity, a leader, who will stand up for what is right.